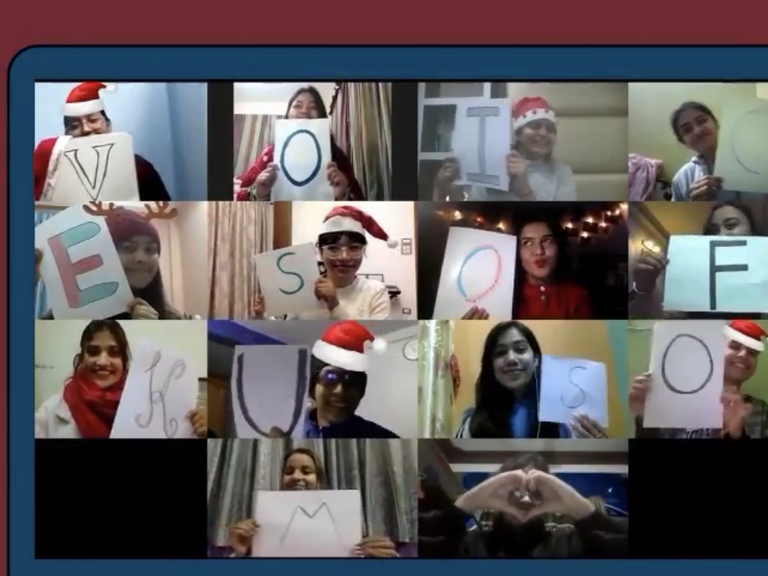 Club Cicero, a speaking club at Kathmandu University School of Management, holds a special place in the hearts of many KUSOMites. As a club that ran on the format of Toastmasters International, the club had seen the firsts of many speeches, the firsts of many embarrassing moments, and the firsts of many learnings. For many years, the club ran behind closed doors, open to the students of the School of Management. Each week students took turns to host the meeting, become the evaluators and deliver their respective speeches. More than anything, the club was a place for like-minded people to come together, to cherish and to share something that they loved. It wouldn't be wrong to say public speaking was a byproduct; what was more magical was the contagious enthusiasm building inside, and the interaction that crossed batches and course programs inside the school. Club Cicero was a link, a hub.

Like all things in life, an upgrade always helps. In 2018, after the countless efforts of many students, faculty members, and the members from the Toastmasters Fraternity in Nepal, a new club came into existence - Kathmandu University School of Management Toastmasters Club, better known as KU-SOM Toastmasters Club. Under the tremendous effort of the then Associate Club Growth Director of District 41 Distinguished Toastmaster Suman Shakya, the then Coordinator of Club Cicero Shivila GC, the chartered executive committee of KU-SOM Toastmasters Club comprising of Rupesh Krishna Shrestha, Hari Gopal Risal, Sanjay Pudasaini, Shivila GC, Aarju Joshi, Dewesh Chaudhary, Samikshya Sharma, Club Mentors Asira Khanal and Birendra Dhami, the new club was chartered on June 22, 2018, breathing new life to the beloved Club of KUSOMites. With 20 chartered members, the club began its new journey, and this time the energy no longer remained behind closed doors but was open to the world to see.

The club is educational by nature, and has a mix of students and faculty members. The cross-learning between students, faculty and staff members create a unique learning environment for the club and it's members.

Toastmasters International, a non-profit educational organization, provides a platform for speaking enthusiasts to learn public speaking and leadership skills. It was started in 1924 and has its headquarters in Englewood, Colorado. As per the official website of Toastmasters International, the organization has more than 16,600 clubs operating in 143 countries with more than 357,000 members.

The fraternity in Nepal has over 18 clubs and more than 500 members all over Nepal today, of which KU-SOM is a proud member. Prominent names of various sectors are dedicated members of the fraternity.

Our Meetings and Members

Since it's established in July 2018, KU-SOM Toastmasters Club has achieved various awards and recognitions. It won the Smedley Award in the year 2018/19. It also became a Distinguished Club in the same year, which was an important achievement given that very few new clubs achieved it. The outstanding members of KU-SOM Toastmasters Club too bagged many awards for the club in its very first year of running. TM Alfa M. Shakya won second place at the District Finals of International Speech Contest in Oration 2019, Kolkata. TM Shreya Ghimire won third place in Division Level Table Topics Contest in Re-Citation 2019. Similarly, TM Roneeshma won third place in Area Contest in Humorous Speech Contest.

To know more about the club, visit our meetings and connect with our members.